The Census isn’t just about the numbers. It’s about empowerment. The decennial census is the most inclusive civic activity in our country, covering every person in every household. The data collected affect our nation’s ability to ensure equal representation and equal access to important governmental and private sector resources for all Americans across racial and ethnic lines. Census results are used to allocate seats and draw district lines for the U.S. House of Representatives, state legislatures, and local boards; to target at least $675 billion annually in federal assistance to states, localities, and families; and to guide community decision-making affecting schools, housing, health care services, business investment, and much more. These functions depend on a fair and accurate census.

Next year, March 2020, most people residing in the United States will receive a postcard from the U.S. Census Bureau directing them to complete their 2020 Census form online. This will be the first internet-based Census in our country’s history. Although, the internet based form is the preferred method for Census participation, both telephone response and paper questionnaires remain available options for people without internet access. The first deadline for submitting completed Census forms is on Census Day, April 1, 2020, less than a year from now.

Explore our website to learn more about the census and to get involved. Together, we will #AdvancetheCount

The Urban League is a respected and trusted community voice. We strive to create greater access and opportunities for our community. Disinformation is false or misleading information that has been intentionally designed to confuse and manipulate the public. Oftentimes, they are attempts to scare communities of color, immigrant communities, and others out of participating. Our goal is to use our voice to provide accurate and concise information about the census. We are championing the 2020 Census because advancing the count is advancing the power.

What is the Census?

The US Census dates back to the birth of the Republic. The first census was in 1790. The U.S. Constitution requires a census every 10 years. The census covers the entire country and everyone living here. Nonprofit organizations, researchers and planners in the public and private sectors use Census data to make good decisions and inform public policy.

Why the Census Matters?

An undercounted community means fewer resources and funding to the communities we serve. The U.S. Census is more than just a headcount. It is the foundation of our democracy-- a snapshot of American that determines the number of congressional and Electoral College seats each state gets, and how more than $675 billion in state and federal dollars are allocated to communities each year. It is used to make important decisions about funding for serves and infrastructure, including health care, senior centers, jobs, political representation, roads, schools, and businesses. When communities are not counted their numbers are not included in annual federal funding allocations for the entire decade!

How Does the Census Work?

One individual in each household will be responsible for completing the census questionnaire, with the option of filling out the census online, by mail or by phone.

What Information Will Be Requested?

Check out the following link for a sample of the Census Questions.

What Information Will Not Be Requested? 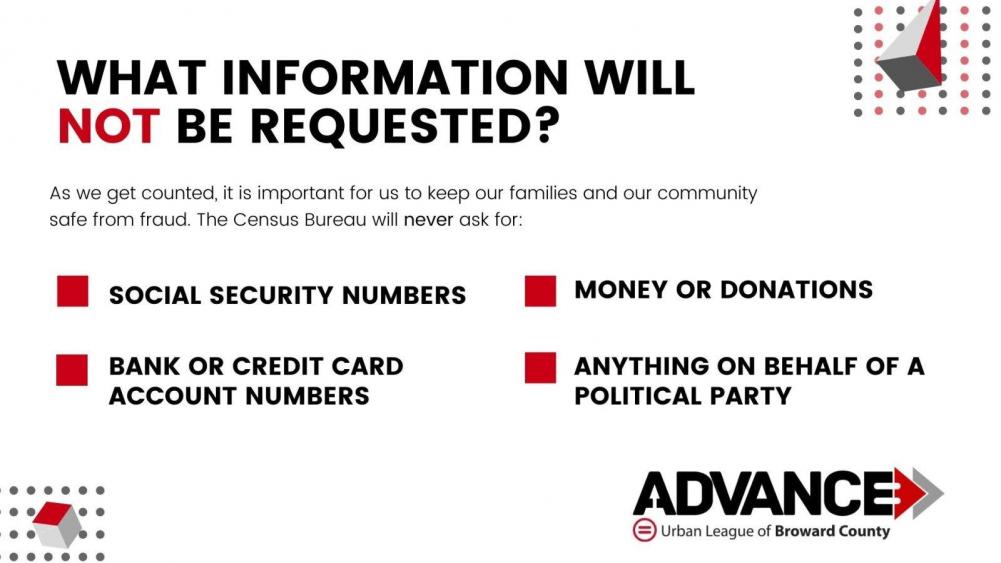 Is It Safe to Complete the Census?

Your responses to the 2020 Census are safe, secure, and protected by federal law. Your answers can only be used to produce statistics- they cannot be used against you in any way. By law, all responses to the U.S. Census Bureau household and business surveys are kept completely confidential. 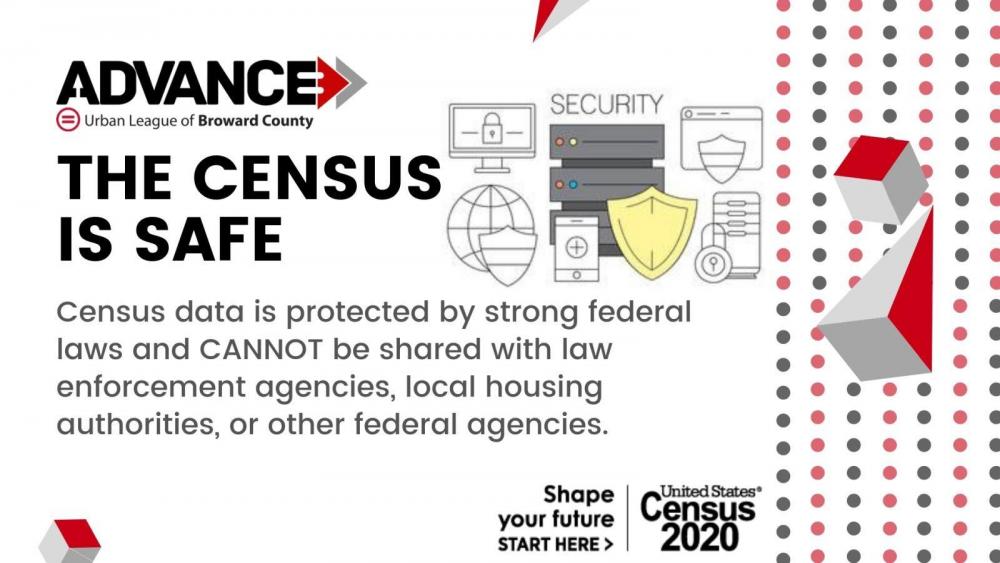 #Advance the Count: An Agent For Change in Broward County

Participating in the 2020 Census is about civic engagement and empowerment

Your participation determines how legislative districts at all levels of government are drawn, where roads and transit are built in the future, and how more than $700 billion in federal funding for housing, education, transportation, and healthcare is allocated to our community.

Black and Brown children between the ages of 0-4 years old are undercounted at high rates by the Census- more than twice the rate of white children. Undercounted children deny our neighborhoods and communities their fair share of resources to meet the needs of children and families, especially health baby and child nutritional programs.

We must count everyone in the household: Foster children! Grandchildren! New Borns! Adopted children and all extended child family members residing in the home!

Political boundaries are drawn using Census data. Population data from the Census is used to apportion political representation at all levels of government including:

Complete Count Committees (CCCs) use local knowledge, influence, and resources to educate communities and promote the census through locally-based, targeted our reach efforts. All community members are welcome!

For more information, check out the information on Broward's Complete Count Committees here. 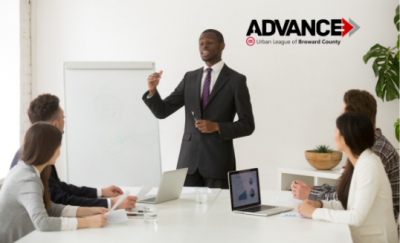 Work for the Census Bureau! 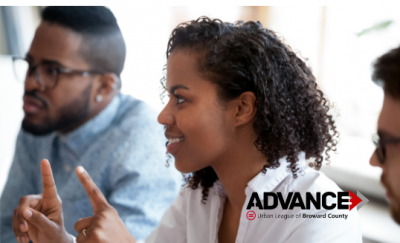 Work for the Urban League of Broward County!

Check out our Career Center if our Census Ambassador position is a right fit for you! 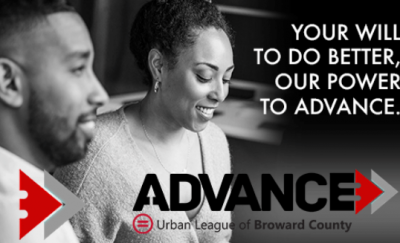 The 2020 Census is important to our communities. An undercounted community means fewer resources and funding to the communities Urban League Affiliates serve. This, in turn, increases the need for organizations like the Urban League to identify greater proportions of financial resources and funding to meet the needs of undercounted communities who do not get their fair share of Census-based federal programs.

This resource page will provide tools and resources to help us educate communities on the importance of being counted in the 2020 Census. It provides useful information to share with diverse audiences to demonstrate how communities benefit from an accurate count and the long-term repercussions of not being counted. Communities nationwide are organizing in support of the 2020 Census. The threat of a significant undercount in communities of color grows each day due to ongoing challenges with regard to Hard-to-Count populations and distrust of government.

This resource page will help Affiliate organizations better serve their communities in being a trusted resource for 2020 Census education and awareness. 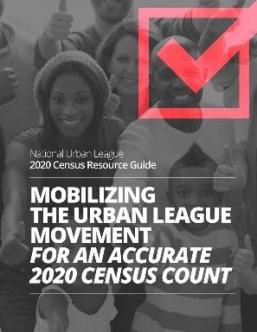 Mobilizing the Urban League Movement for an Accurate 2020 Census This resource guide from the national Urban League will help Affiliate organizations better serve their communities in being a trusted resource for 2020 Census education and awareness.

Applying for Funding to do Census 2020 work in Florida

Florida Counts 2020  The Florida Counts Census Founders Committee has created the only collaborate state-wide funding initiative and resource hub for information, materials and resources customized to Florida's needs for the 2020 Census. The committee as created a pooled census fund for re-granting to community-based organizations to support vital Census 2020 outreach and messaging in Florida. 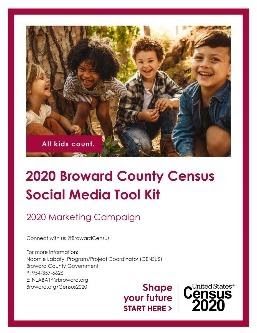 Here are some flyers from the U.S. Census Bureau to print and share your with family, friends, and community.